Recently, I just finished reading the book, ATOMIC HABITS by James Clear. It’s a really interesting and practical book about how to build good habits, and most importantly make them stick!

It really set me thinking and reviewing about my own habits and routines. And the GOOD NEWS is that these same principles can also be applied to both children and adults. You can use them in parenting to help your kids and the family build effective habits.

You might have read about how toddlers need routines and structure. However, we too require good habits and routines.

Very often, we set goals. But year after year, I realised that I have been setting almost the same goals because nothing much has changed! For example, I have goals about being more healthy – exercising more, reading, taking time to meditate and cooking healthier meals.

Yes, in the first month I probably clocked in a couple more miles when I am feeling highly motivated. But the motivation often fades off, and by the end of the year, I didn’t progress in terms of achieving my goals as much as I had envisioned.

Similarly, I wanted to cook and eat more healthily. But when things get tiring, it’s easy to cheat and give in to impulse cravings.

So, let me now apply the ideas from Atomic Habits on healthier meal preparation!

As explained in the Atomic Habits, there are 4 steps in the feedback loop driving the formation of habits or behavioral change. First, there is a cue that triggers a craving in you. In other words, you predict and crave for the favorable result. This then drives a response or action in you. At the end of the action, there should be a reward that completes the feedback loop and make you more likely to repeat the behavior the next time you perceive the cue.

1st Law: Make the cue obvious. If possible, visually. Cues can also come in the form of specific day and time.

When I was preparing my own baby food, I find it most effective when I set a routine of preparing 1 week’s worth on a fixed day. Unfortunately I didn’t apply this same idea on the meal prep for the rest of the family. But this could be a really good starting point.

For example, Sunday can be a designated meal prep day where the family can do grocery shopping and the meal preparation for the week. By stocking up the food in the fridge, you would have already committed to a healthier diet ahead in time and you would leave yourself less chance to give in to impulse decisions, such as ordering take-away.

You will just need to get more glass food storage containers. But don’t you like to see you fridge stocked with delicious and healthy meals?

Another possibility is to subscribe to fresh food delivery. So the cue now becomes really obvious because the delivery comes on a fixed day of the week and you obviously cannot miss the box of fresh fruits and vegetables! It also makes the tasks/behavior of preparing healthier meals easier and almost by default because you do not have to shop for the groceries… and you are not given a choice to buy those unhealthy snacks or instant meals.

2nd Law: Make it attractive so that you crave for it.

Behaviors that can be accomplished easily tend to be performed. When designing new habits, avoid making it too difficult or complicated.

Even if your real goal is to try a new healthy recipe and cook an entire meal, break it into small and easy steps. As a rule of thumb, the new habit should take under 2 minutes. Think in terms of creating a ritual that lead you to carry out the tasks eventually. So instead of building the habit of ‘cooking a meal’, the habit can be ‘take the cookbook out’. And to make it easier or create a visual cue, have your cookbook stand on the counter-top (if space is not a constraint) or place it in an easily accessible or visible place.

Also, we can prime our environment to make the habit convenient and easy to do. To encourage juicing or eating more fruits, place the fruits and juicer on the counter-top instead of being hidden in a corner. They serve both as a visual cue as well as making it easily accessible so that you won’t feel that it’s a hassle. The converse is true, make unhealthy snacks or instant meals difficult (or impossible) to access.

At the end of the habit, it is important that we must feel good and satisfied. Only then, we are more likely to repeat the habit.

One way is to get the family involved. Make it into a weekly family event, such as ‘try a new recipe day’, so that it’s the family can look forward to tasting a new healthy recipe. If they like it, the new recipe can be added to the family’s regular meals. The kids can also get involved in the cooking.

Another method is to track the habit. You buy a cookbook (example a vegan cookbook or meal prep guide) or create a collection of recipes to try.

Strike of the recipes or put a cross to it when you have tried the recipe during your ‘try a new recipe’ habit. You will be surprised that the act of marking the completion of a habit can be very satisfying. Moreover, it serves as a visual cue and tracking for you to ensure that you are sticking on track.

Another great point that James clear brought up is the importance of building identity-based habits rather than outcome-based habits.

Even though I am trying to prepare healthier meals here, what I really want is to become a healthier and environmentally conscious person. And I want my kids to embody such values too.

So along with the building of habit of preparing healthier meals, I thought of subscription boxes. It’s perfect for me as I love surprises, don’t you?

There are a number of subscription boxes for organic products or healthy/organic snacks. I like the idea that you don’t know what you are receiving so that it’s a surprise that you can look forward to.

The EcoCentricMom is one such example. They provide some really nice and good quality subscription boxes of eco-friendly and natural products that are tailored to the stages of your motherhood journey, suitable from pregnancy to your child’s 2nd birthday! There’s a good variety of products ranging from snack to items that you and your little one can use. 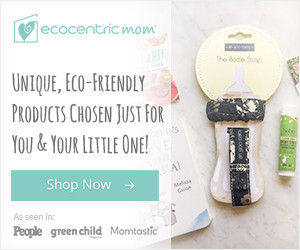 It’s also a great way to introduce yourself to new products, without having to actively source for it yourself. And if you liked want you try, you can add them to your regular items. I think it will a stress-free and enjoyable process of learning about new and healthier choices for me.

There are also other types subscription boxes catered for kids, so together, we can create a culture encouraging the intended behavior. Another possibility is to grow some indoor garden vegetable or start a herb garden. We can start small or do it indoor, but most importantly, get started. There are so many starter kits available now!

I really enjoyed the Atomic Habits and highly recommend all moms to read it too! They’ve got a bonus chapter on how to apply to parenting. After I finished reading the Atomic Habits, I also got the Clear Habit Journal, which is created by Baron Fig in collaboration with James Clear.

Its a beautiful notebook and great way to start to the year! 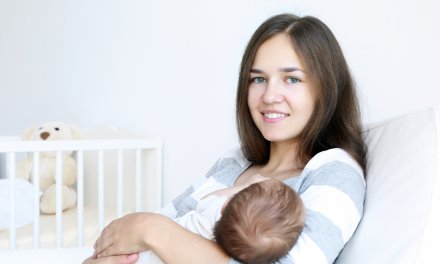 Best Glider and Ottoman for Nursery

How To Clean Your Baby Bottles In 6 Simple Steps 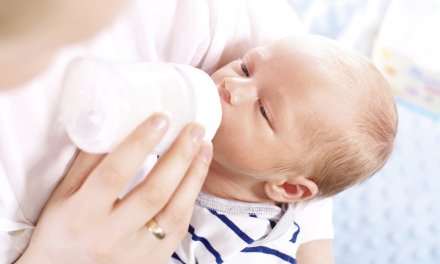 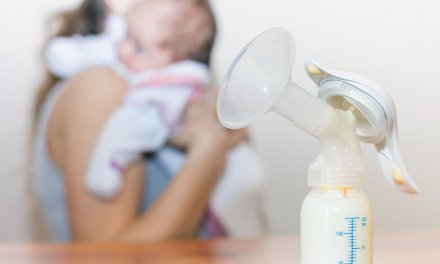 Introducing Bottle to Breastfed Baby: How and When